Part of Our Heart

It grieves me to report that the CEO of our Pet Division, our cat Evangeline, has passed away. Mercifully, she went peacefully, in Wifey's arms, with me and the other dogs and cats around her. We don't know how old she was, for she came to us well into her adulthood over 12 1/2 years ago, but based upon all the evidence we think she was at least 17 or 18.

Evangeline was a special cat. One might with justification say that there was a bit of the miraculous about her. I'll tell her whole story at length in the Journal, but I think one incident in particular will show you why we considered her to be of a breed apart.

Wifey and I quarrel very seldom, and it is blessedly rare for any of our quarrels to get at all heated. The last time we got beyond lukewarm was several years ago.

I remember that we were in the kitchen. Evangeline was there as well; it was one of her favorite hangouts. I started the proceedings by bringing up something that upset Wifey immensely; although it was not my intention to start a controversy, she began to my utter shock to cry bitterly.

I was just beginning to plan my retreat when Evangeline strode over to Wifey with great purpose, reached up and laid her paw gently upon Wifey's leg, looked up at her intently, and meowed a meow unlike any she meowed before or after: whereas her normal voice was thin, reedy and a bit raspy, this meow was clear, full and—well, there's no other way to characterize it but comforting. It was the exact meow equivalent of "Don't cry! It's gonna be okay!"

Her intent was so clear, her actions so human, that we just stared at her for a moment, pondering what she had just done. The only way Evangeline's message could have been more explicit would have been if she had actually spoken in English, and we could hardly have been more startled had she done that.

Then, we looked at each other and realized that neither of us could remember what we had been arguing about. To this day, we still can't remember. Evangeline's actions had completely eradicated the controversy from our memories.

In its place is the indelible memory of our little Evangeline rising heroically above her natural limitations to give comfort to Wifey when she needed it—an act of genuine love.

It is often said that our pets give back more than we give them. Evangeline managed that with this one act. Wifey and I never again have to worry about having an ugly argument, because as soon as we get anywhere close to one, I know that we'll both think of Evangeline, and poof! the ugliness will evaporate.

That's quite a gift. You could even call it a bit of a miracle. At least, that's how we see it.

And with that, I am utterly out of words. There's a lot more to say, but that will have to wait until I can manage it.

I will leave you with some pictures of Evangeline. The first one is from this past Halloween; she's wearing her fetching little costume. As you can see, she never lost her looks! The rest are in chronological order from March 2004 to mid-November of this year.

Requiescat in pacem, Evangeline, and flights of angels sing thee to thy rest. 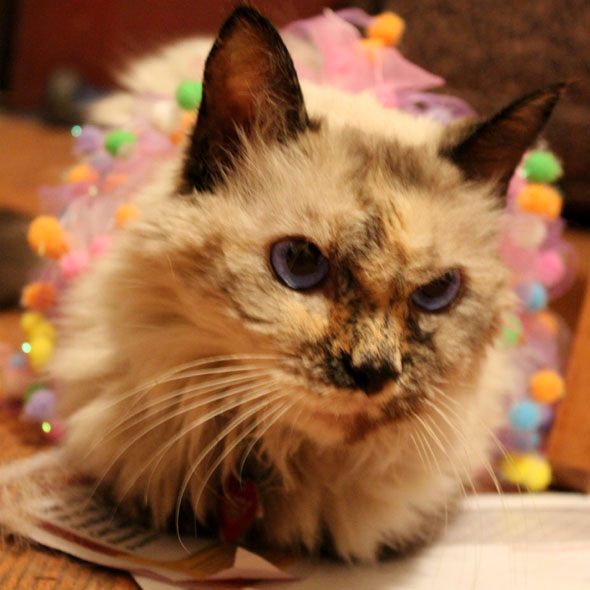 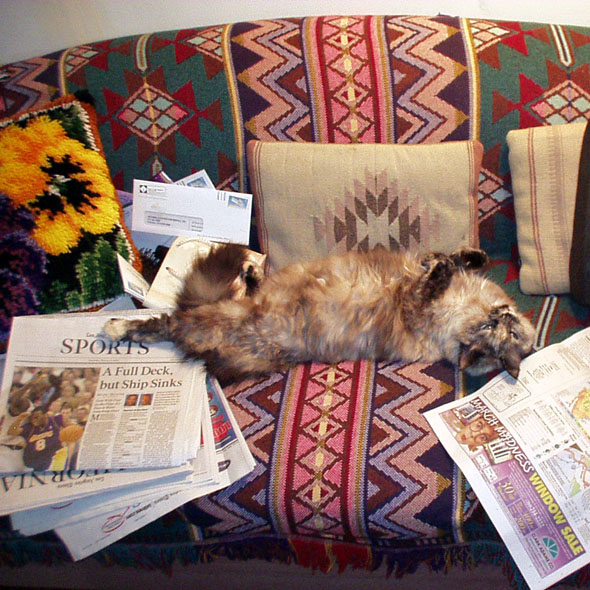 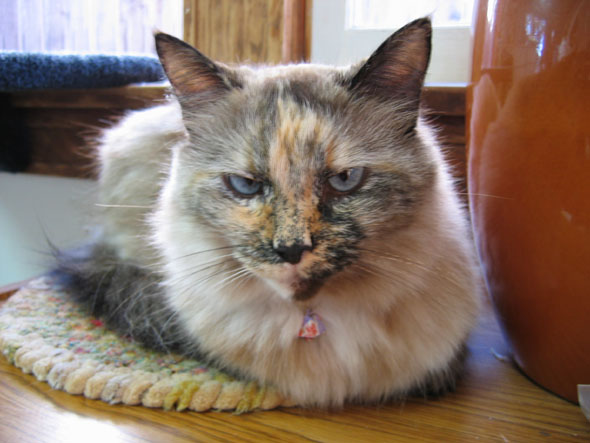 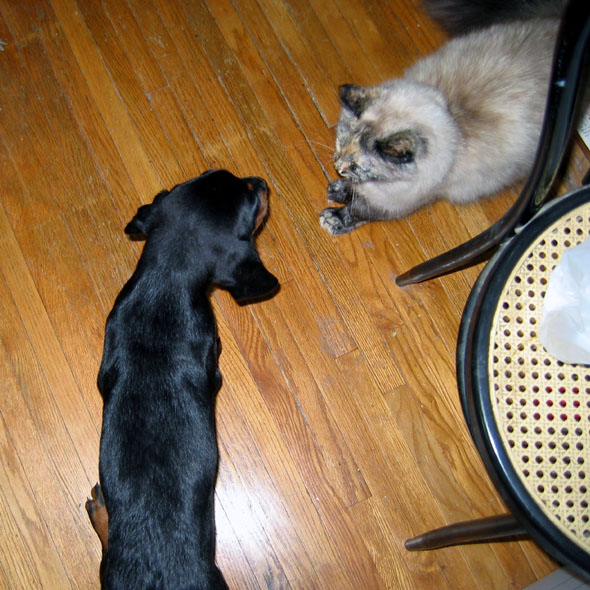 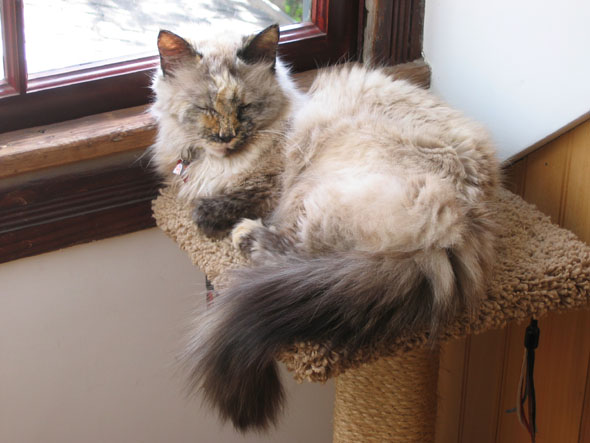 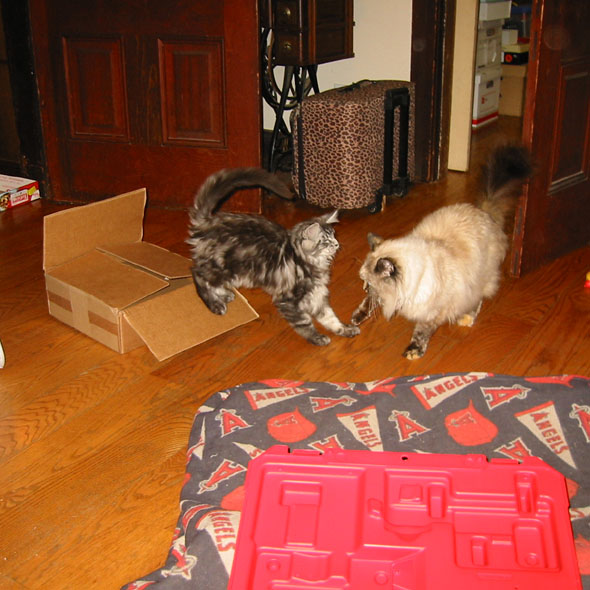 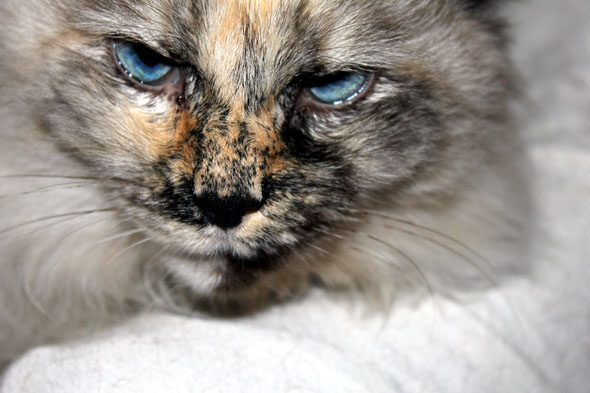 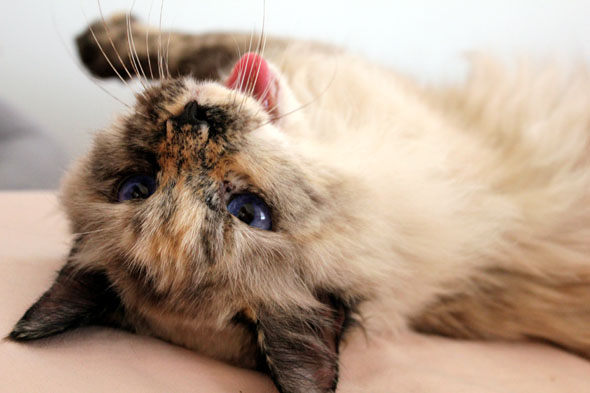 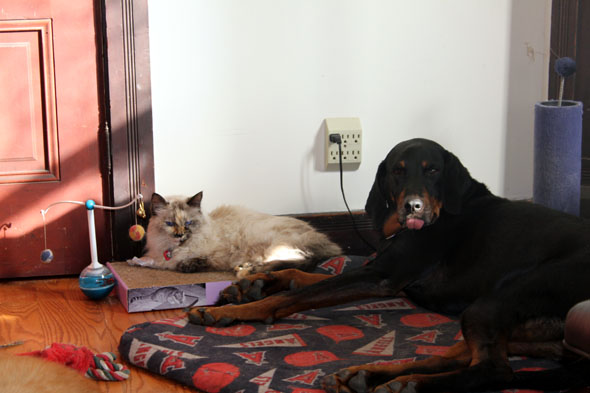 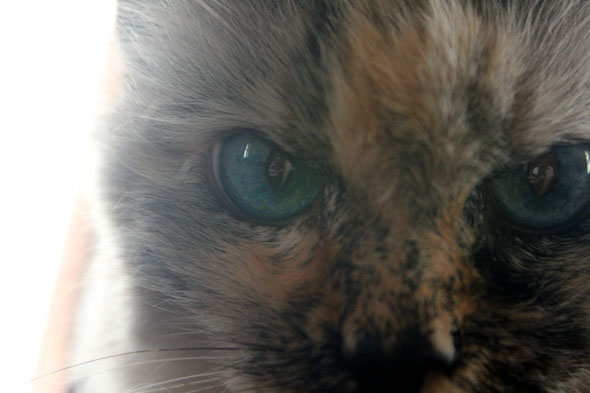 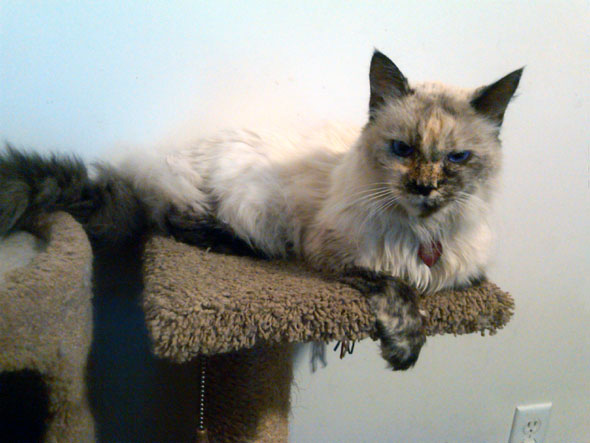 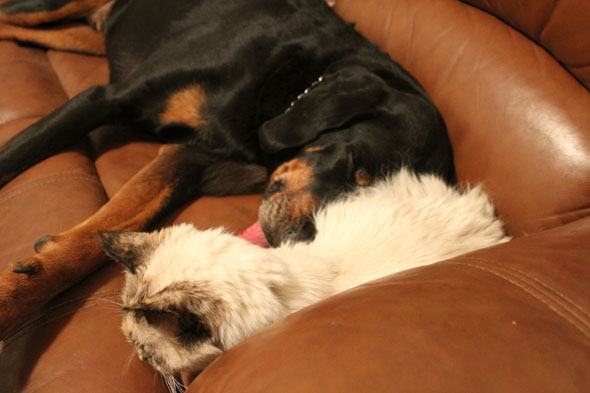