You may have noticed that I haven't posted in a long while. For the most part, that's because I haven't worked on the house for over nine months. In early February, I came down with a surprisingly virulent strain of the flu, which left me with a slightly collapsed lung. Soon thereafter, I got a mighty pain in my right shoulder that my orthopedist diagnosed as tendinitis. That's doctor lingo for "it doesn't show up on an X-ray."

Anyway, he told me not to use my right shoulder at all for an entire month. He said it real easy-like, as if it were no big deal to tell a right-handed guy not to use his right hand for 30 days. I'm no ball of fire, but the idea of doing nothing productive for over four weeks was a nightmarish prospect for me. I might well have refused to do this, had it not been in fact all I was capable of doing.

Truth be told, it was a month and a half before I was able to move my right arm without pain. Unfortunately, the long convalescence caused my metabolism to slow to a crawl. Moreover, it didn't do anything to help my semi-collapsed lung. It was hard to raise my metabolism because my breathing was restricted, and it was hard to strengthen my lungs because I had so little energy.

Thus, the recovery from my convalescence took the entirety of the baseball season, the course of which did not help matters any. It was a lost year for me and the Angels.

Then, just as I'd gotten to the point where I was able to do light exercise every day, I got a good stout case of walking pneumonia that resisted antibiotics for over a week and a half. But when it left, it left in a hurry, and for the past few days I've felt like my old self, if a bit tired.

And so today, for the first time in over nine months, I resumed work on the north front gable. 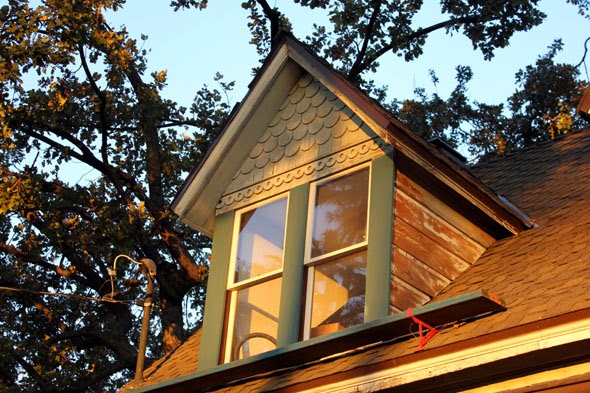 I gave it a good brushing and vacuuming to get off months of dust and debris, and then realized that I had no idea where I'd left off. So, I gave it a thorough looking over. 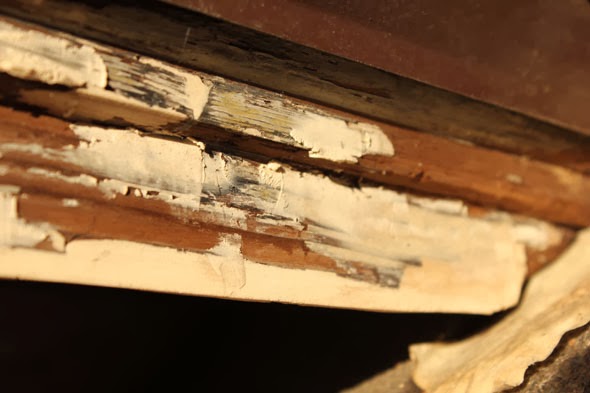 Okay, I left off here, at the back of the south side. Here we see that I've put on the final putty patches, but I haven't sanded them level. Once I've done that, I'm done patching this side. 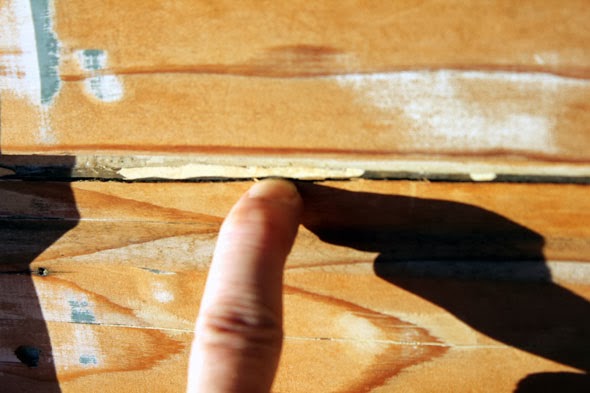 Well, not quite. This crack has opened up again. When you have a crack that epoxy putty can't keep closed, it's time to get out the caulk. Caulk has the sticktuitiveness and flexibility to keep this crack closed. Even so, I may putty this up some more just to get it looking a bit more even before applying the caulk. 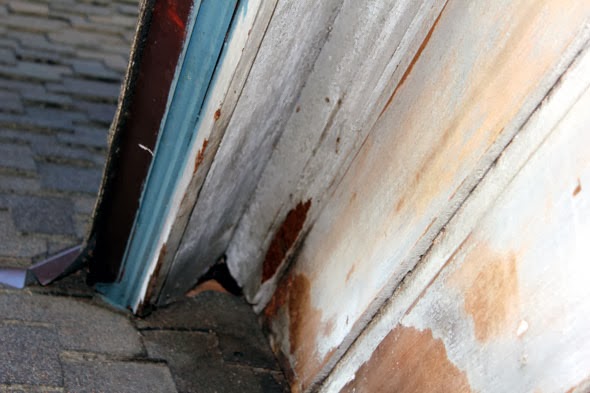 Ah, yes, the north side has plenty of opportunities for plain and fancy puttying. This is one of the most badly-weathered areas of the house. 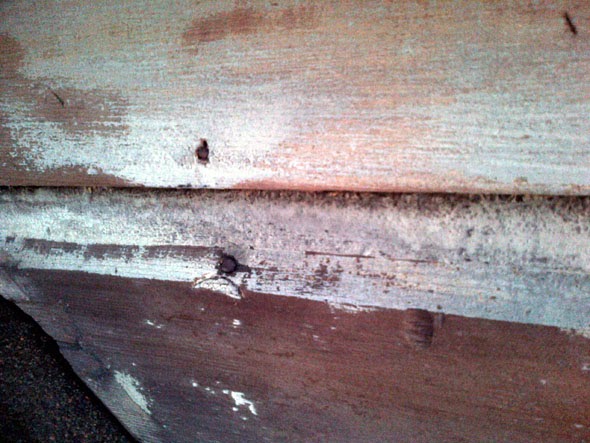 It looks as if a lot of errant hammering went on here. 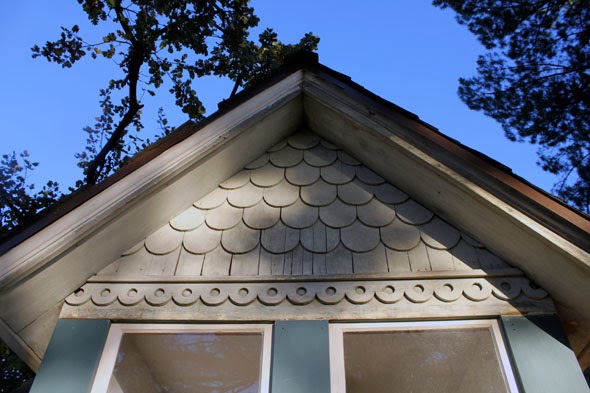 The front. Oy. Yes, now I remember how I messed up my shoulder. You see, even with the scaffold, I can't reach all of the front. I can only reach this far. 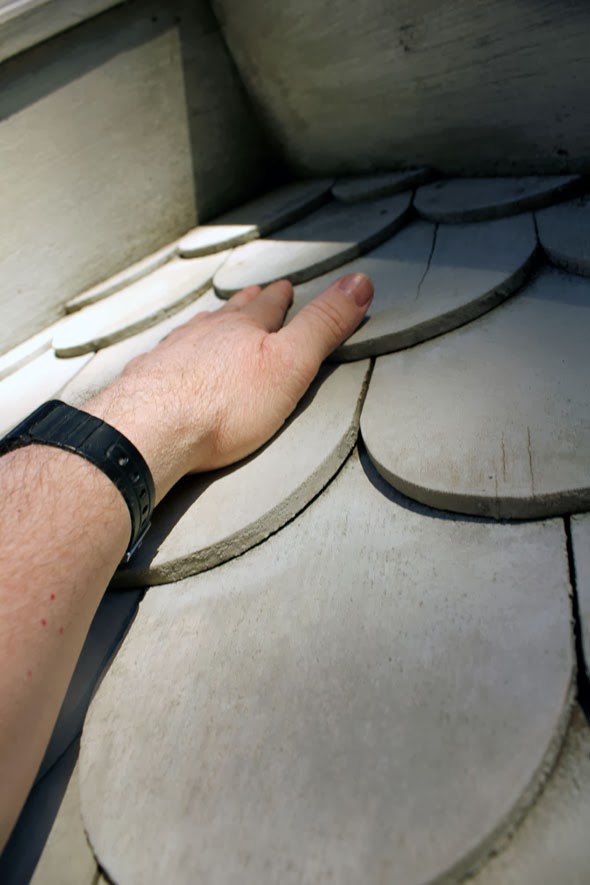 Thus, to reach higher up I was hanging off the dormer roof with my left arm while working with my right hand. You'd think that would mess up my left shoulder, but it messed up my right one instead. Go figure.

Unless I can come up with some safe and sane way to get up higher, I may have to accept something less than perfection on the top front of the big dormers, and hope that whatever remaining flaws there are will not be visible from the ground. That, or get a better orthopedist.

Posted by Otis Criblecoblis at 1:59 AM No comments: