Big Time at The Farm House

My 60th birthday was the Friday before last, and on the next day we had a big party with lots of cousins and friends. I was humbled by the large turnout. Everyone that could be here was here, many coming from a considerable distance. The party was, in effect, the coming-out for the new me. Everyone was pretty worried about me during the long run-up to the surgery, and this was their opportunity to see that I came out okay. As I said, I’m humbled, and grateful.

The following is a brief recap of the proceedings. I’m not going to identify anyone by name, because I didn’t ask permission, and I don’t want to violate anyone’s privacy.

The interior of the Farm House is still years from being completely restored, and I worry that the unpainted walls and age-dulled woodwork are a bit off-putting for guests. But Wifey did a great deal to spiff up the place and make it more inviting, and I noted that whereas previously people tended to congregate in the kitchen (the only finished room in the house besides the downstairs bath) during parties, this time they distributed themselves throughout all the available rooms and in the gazebo outside (which just got a new canopy and some swell, if dim, color-changing LED lights). 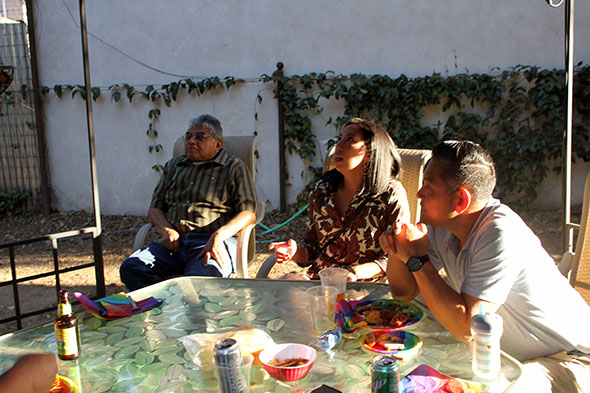 The pups were of necessity banished to the Lounge for most of the proceedings with plenty of treats, and most of the cats absented themselves, but Benny, our goodwill ambassador, was right in the thick of things. He even hung out with the gazebo folk outside for a while, on a short leash because his stomach had been upset and I didn't want him noshing on yard debris. 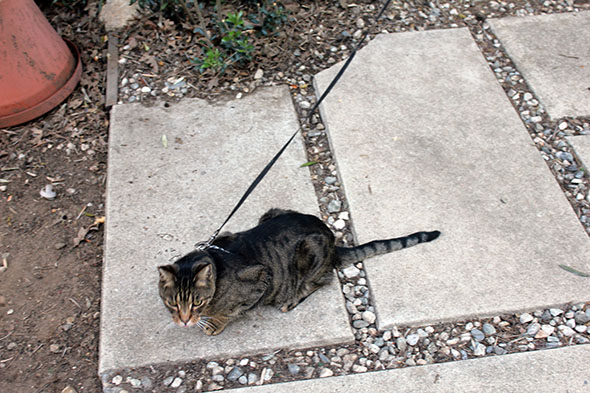 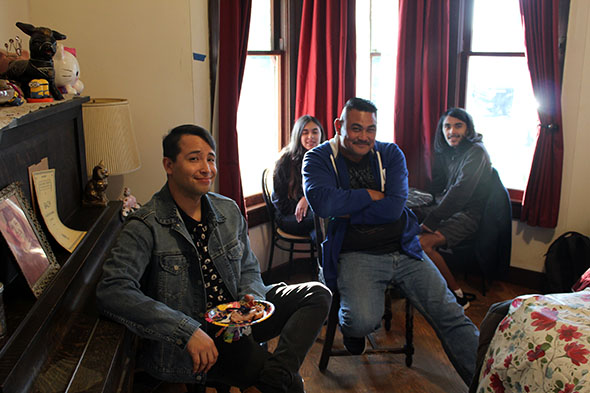 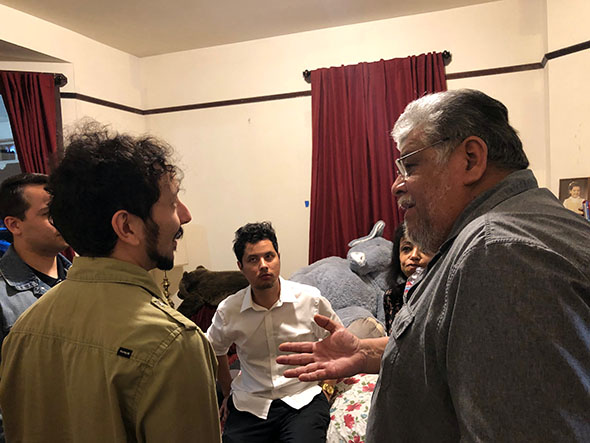 Now, lets hope the curtains survive the Pet Division. The sheer panels were under attack from the cats the minute they were up; Wifey was able to repair the damage, but it looks like the sheers will have to be kept pushed back.

I received a great number of very thoughtful gifts, but I must say that my favorite gift came from this guy. 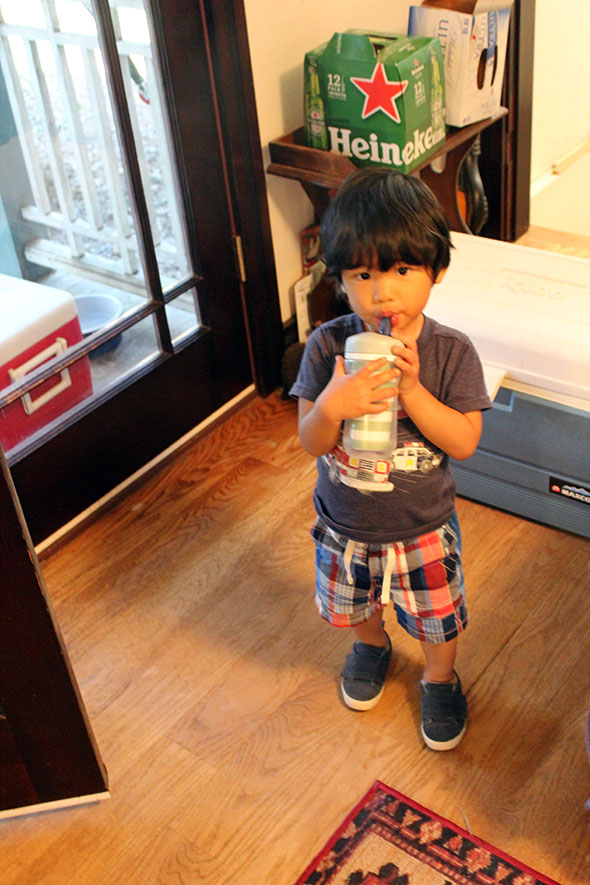 He’s my littlest cousin, and when he came in and saw me, he ran up and gave me a big hug. That made me very happy. We’re really looking forward to watching him grow up; he’s definite MVP material. Here he is with his parents (on the left); they’re doing a great job. 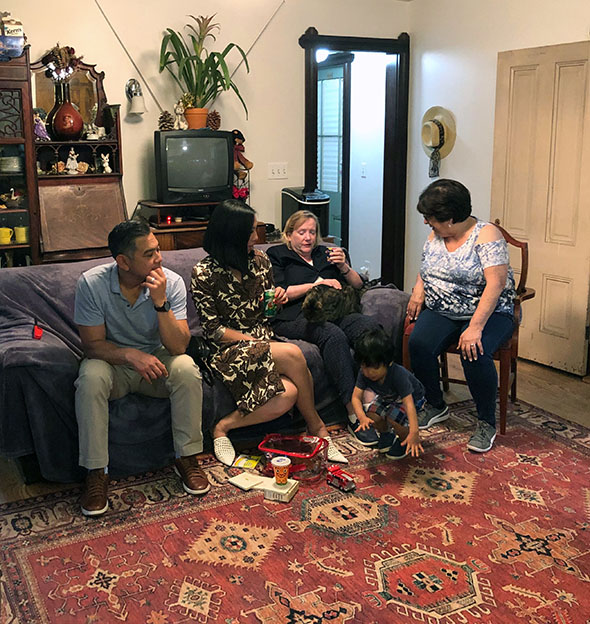 Oh, look, there’s Benny on our friend’s lap, keeping a close eye on the little one. And you can see another recent improvement, a rug. Rugs are a risky proposition in the Farm House; what with all our pets, they never seem to last long. But this is a new type of rug, really more of a tapestry that can be removed from its backing and machine-washed. We have high hopes for it, especially since the pets really seem to appreciate it and have treated it uncommonly well (so far).

The kitchen was the most popular room early on: 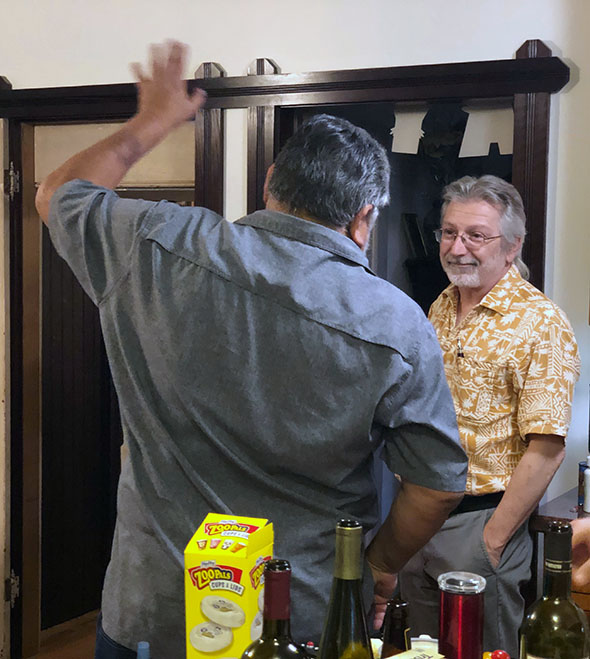 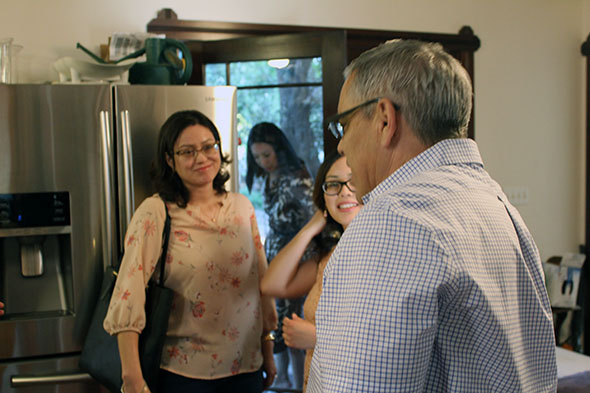 Then, it was cake time, and the dining room became the center of activity: 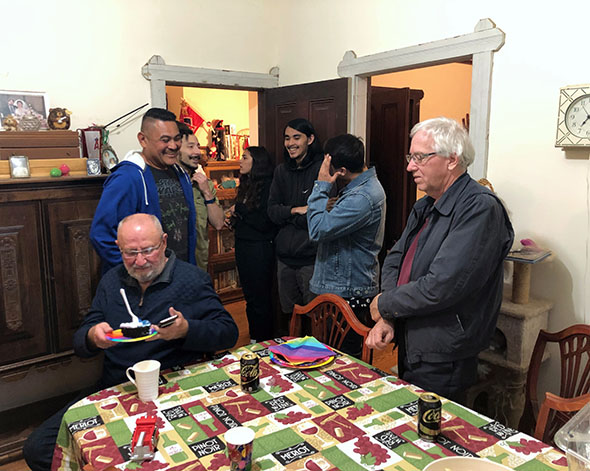 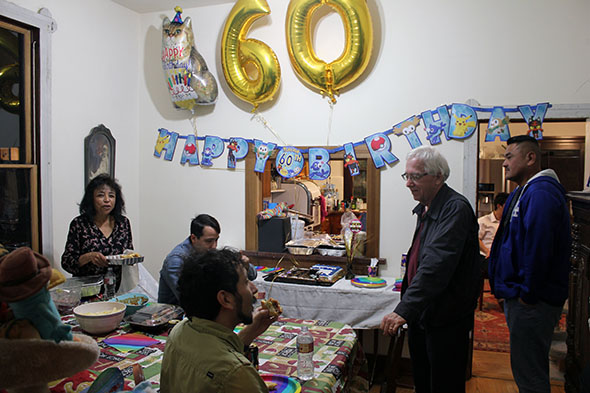 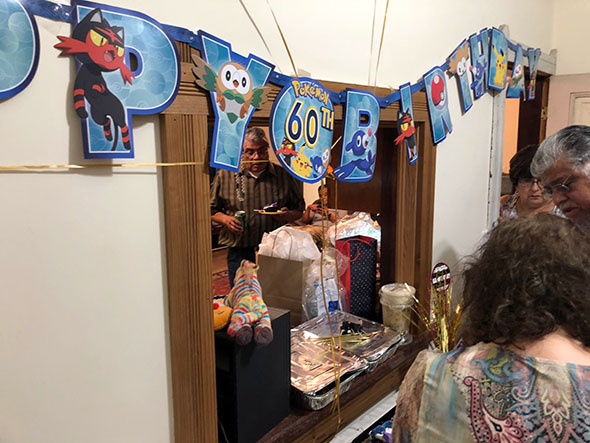 Wait, let’s get in closer on that Happy Birthday sign: 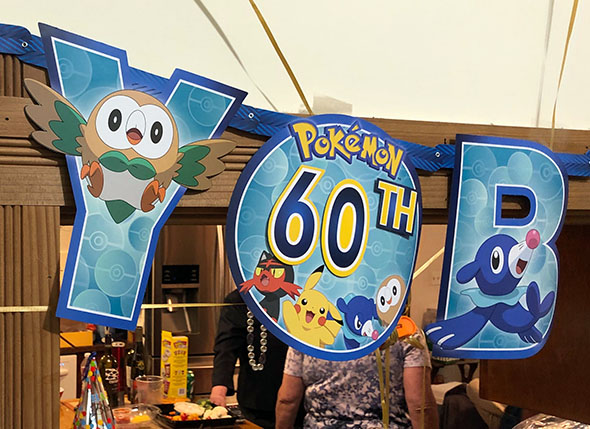 I bet this is the first time such a high number has been used with this sign.

The party eventually ended up in the den, which suited Benny just fine. He wanted to watch the Angels game. 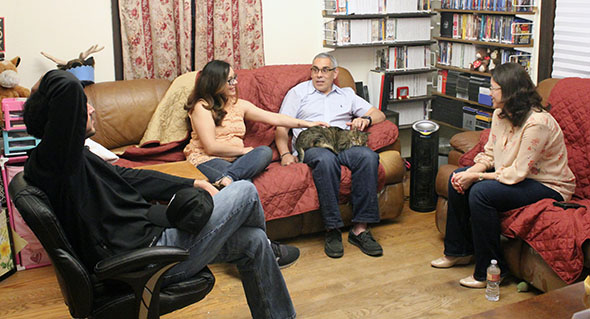 It was a fantastic day, a definite milestone on my way back. It’s a great thing to feel better at 60 than I did at 50, and it’s really icing on the cake to spend the day surrounded by loved ones. 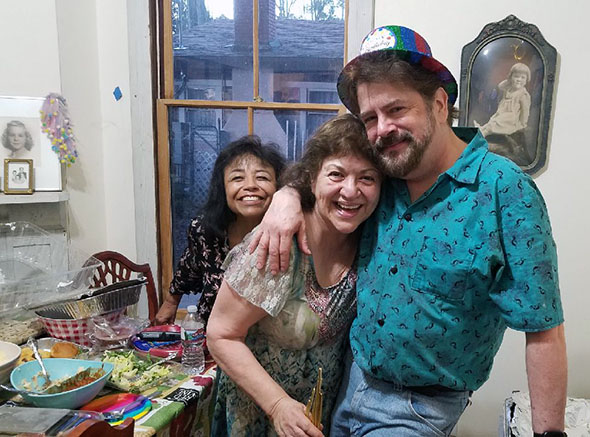 I had so much fun that it’s taken me over a week to recover.

Posted by Otis Criblecoblis at 9:39 AM