Last weekend, we took the pups up to the Rancho to meet with the Hughes Net guy so he could re-align the dish with the satellite. Our satellite connections are our only real ties to the outside world in that remote location, where over-the-air TV signals are non-existent and even mighty Verizon does not reach consistently. Well, we do have a wired telephone line there for emergencies, but who uses land lines anymore on a regular basis except for phone spammers?

It was a phenomenally lovely day there. 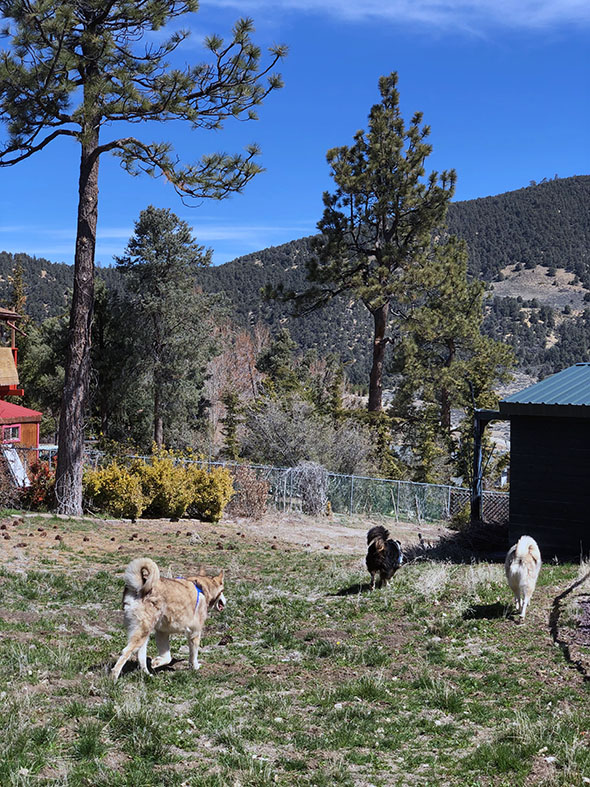 The skies were that startlingly deep blue that comes at high altitude, the snow was all gone, and the plants were full of swelling buds. 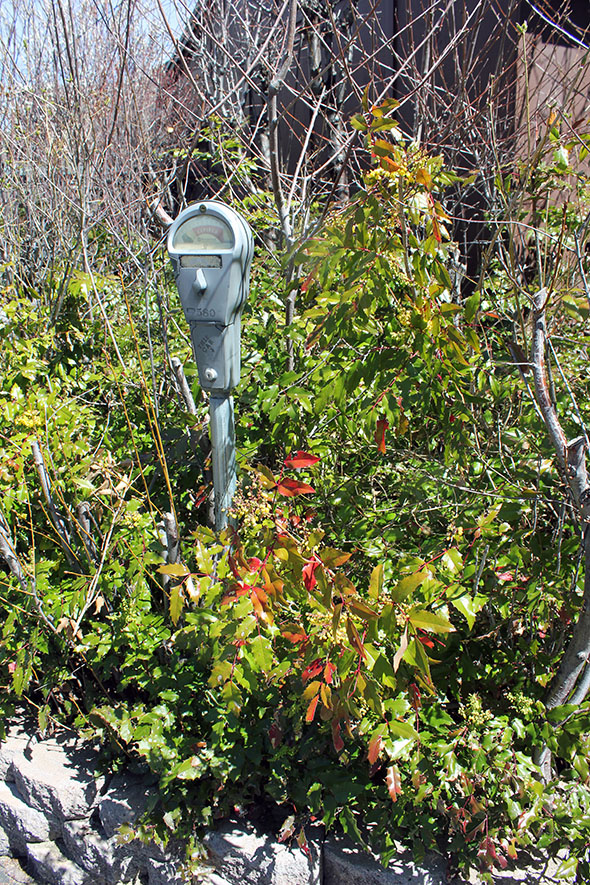 The pups held their usual jamboree. 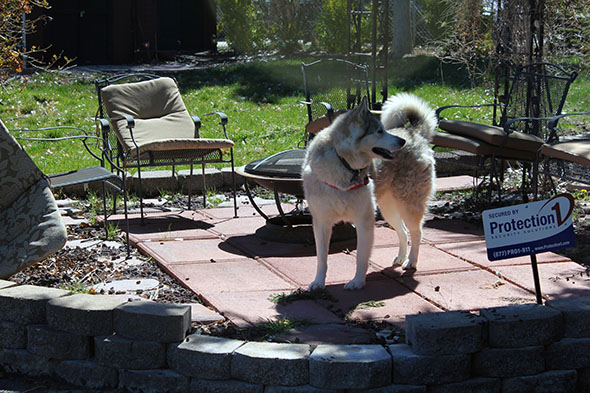 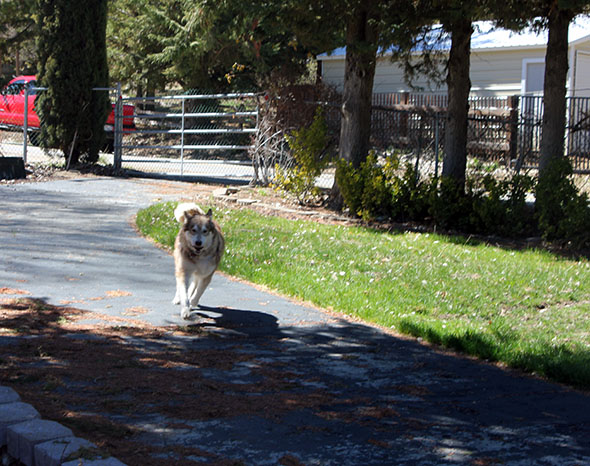 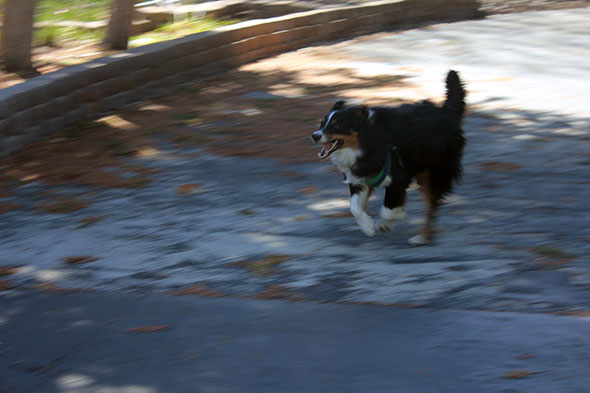 As I’ve mentioned, life in a cold-winter environment is brand-new to me, and I was amazed to see that the grass was already greening up. That is, except for in the back. 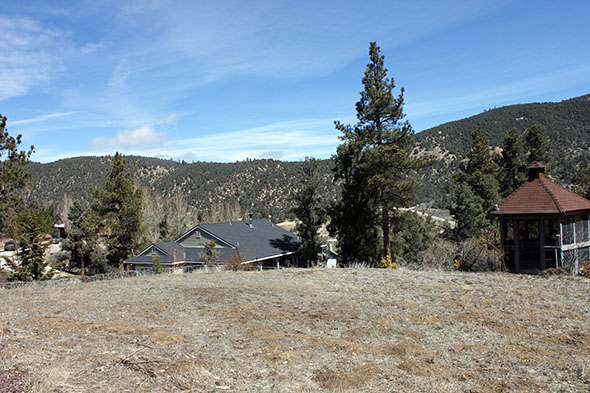 This is all quite dead because we haven’t had any irrigation in the back since 2017. We’ll be fixing that this year. For now, it’s just that much less to mow.

Of course, when we turned the water back on we did find a leak, but fortunately it was outside the house, and just a trickle, so we were at least able to use the plumbing while we were there.

The third, and most important, task was to replace our flag. The stars and stripes is in abundant evidence in the Mountain Communities.


El Rancho Grande is no exception. One of the things I really liked about the place when we first saw it was the big flagpole in front, with a light that keeps the flag illuminated at night, as per proper flag etiquette. I’ve always wanted such a setup.

We put up a brand-new flag when we moved in, and were surprised to see how quickly it became damaged. We replaced that with a more substantial one. That one got utterly, and shamefully, shredded over the hard winter. So this time we got the most durable flag we could find. 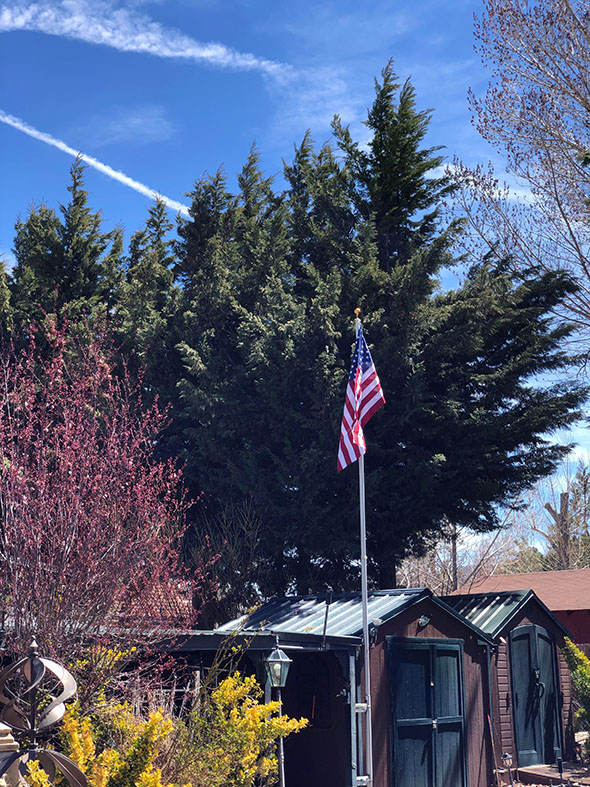 We hope this one will last longer, but if it doesn’t, we’ll just get a bigger one next time. If that doesn’t help, then I guess we’ll have to put a flag order on autoship.

Our neighbor to the west keeps peacocks, and have recently built a pen for them. We love the peacocks; they are beautiful, and full of personality. I couldn’t manage to get a good photo of the pen, because the sun was a bit behind it and I didn’t want to distress them by using the flash, but here’s a bad one.

The peacocks sound like chickens speaking with a foreign accent.

Oh, and while we were up there, I made sure to get a better photo of the Barn. 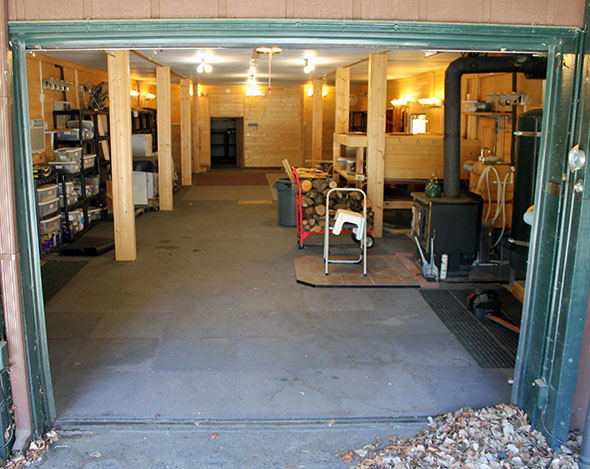 This will give you a better idea of how big it is, although I didn’t have the right lens with me to give you an accurate idea of just how deep it is. The first owner used to restore Packards in there, and he told me he could fit seven of those big cars, with enough room to work on them all.

You can’t see all the features here, but you can see the nice wood stove, the lumber storage rack behind it, and at the back an attached storage shed. You can also see, in the storage shelves along the left side, a great deal of spare maintenance items for the house.

I’m tempted to remove the dropped ceiling and its attendant support columns, but while this will make the Barn a more inviting space, it will also make it harder to heat in winter. So we’ll see.

Posted by Otis Criblecoblis at 2:29 AM