After nearly three months and over a quart of putty, I've finally finished the reconstruction of the east casing. 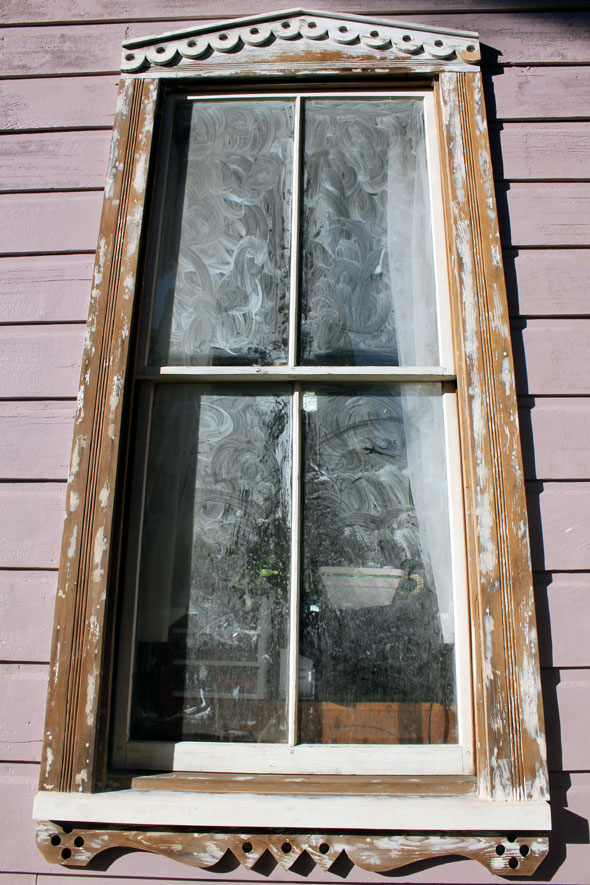 Please forgive the odd angle; the pine tree is in the way, so the only way I can get a picture of this casing straight on is by sitting on the ground with my back pressed against the trunk. In fact, the close proximity of that tree is a large part of why this casing has taken so long, because it's made it very difficult for me to get a good angle on my work in the upper left area of the casing.

I was planning to show some before/after pairs of photos in order to illustrate the extent of the work done, but to tell you the truth, the comparison does not show any real improvement except for at the sill, because before it was least painted, and now the extensive patching makes it look worse in many places. I'll thus skip the comparisons for now.

There are still some shallow voids in the major patching areas, the sill and cap pieces, but I've gone about as fur as I can go with WoodEpox. Any patching material is limited by its granularity, i.e. the size of the particles of which its solids are composed; eventually, the defects become too small for the putty to fill. I'll attend to them as part of the painting work.
I'd like to discuss one detail of the patching before I move on. Because I patched the left cap piece in place, at its left end I had to patch it flush with its adjoining pieces. 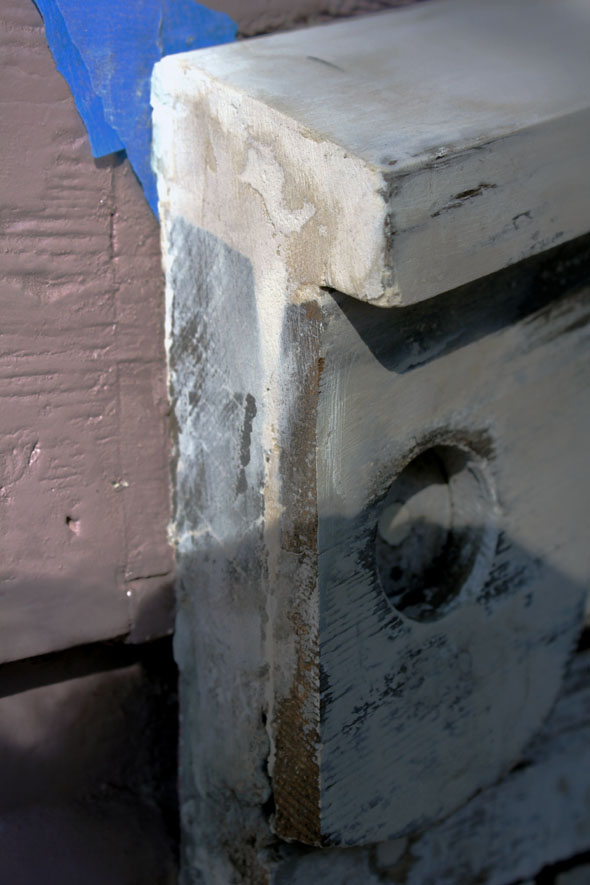 Were I to leave it like this, once I painted the casing this area would look unnatural because of the lack of seams among these three pieces, especially because the seam between the apron and the backing piece opens up at the bottom end where the triple-bead figure carries through. An X-Acto knife and a ruler will take care of this: 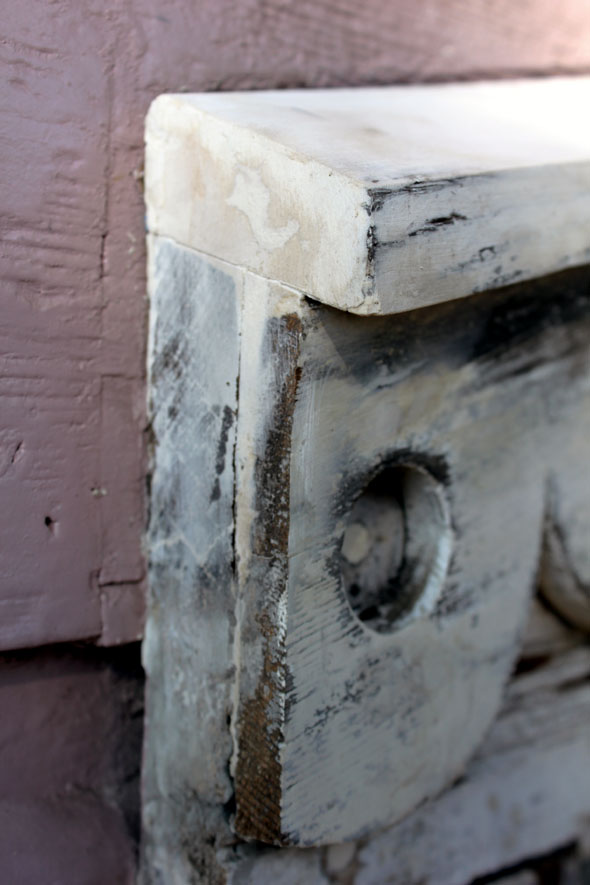 There. Now it looks as if the three pieces are butted up against each other perfectly. Now, in general details of this size are not visible from ground level, and these tiny lines are no exception. Nevertheless, the shadows they cast will be visible, and if they were missing the eye would tell the viewer that something was wrong, even if he couldn't figure out exactly what it was. This is a small detail, but it only takes a minute or so to add, so why not?

I'm now going to give the casing a coat of primer to protect it, but I will then go on to the rest of the trim patching. There's no sense in putting the finish coat on and then covering it with sanding dust from the belt course directly above.
* * *
Posted by Otis Criblecoblis at 10:44 PM

Email ThisBlogThis!Share to TwitterShare to FacebookShare to Pinterest
Labels: Procedures