One day in June 2017, we received a certified letter from our good friend, Robespierre Corday. We didn’t need to open it to know that it was another code violation. Our postman advised us he had been delivering many such letters that day on our block, all from the same source.

This code violation concerned our driveway approach. That’s the civil-engineer term for the ramp that gets you from the street, across the parkway and sidewalk, to your driveway. They considered it substandard.


Okay, they had a point. The approach had been disintegrating ever since concrete trucks crossed it repeatedly during the heavy construction phase, and since our contractor bailed early, they never got around to fixing it. As we discovered later, the roots of the big pine tree had something to do with the damage as well.

We called Corday, who as before was sincerely sorry to have to cite us, but they had received a complaint and had to investigate it. We didn’t tell him that the postman had outed him, and that we knew that he had gone up and down our block and noted everything citable.

It would in fact have been imprudent for us to tell him that we knew the truth of the matter. No need to get his back up. Not that you can’t fight City Hall, but this fight would be so messy and expensive that any victory would be a Pyrrhic one. Forget it, Otis; it’s Pasadena.

Besides, we did clearly need a new approach. This citation at least had a valid basis, irrespective of its origin. And so, we immediately set out to correct the violation with all due speed.

The first contractor we auditioned was a referral from a landscape-architect friend, so we knew that he was qualified to do the work. He gave us a quote that did not include the acquisition of permits, advising us that it was considerably cheaper for us to get them.

He didn't know, as we were soon to learn, that as of 2017 the City requires that the contractor obtain the permits. Because, you know, the City just hates to deal with actual taxpayers face-to-face. Plus, contractors are such generous campaign donors. In Pasadena, you can represent yourself in court, but not at the planning office.

In any event, the quote was so insanely high that it was clear that the contractor did not want the job. So we got more quotes, and chose one that seemed the most qualified. They set up an initial meeting with the Public Works inspector, who has charge of such work.

But the City, ever disingenuous, doesn’t really bother to vet the contractor. They just send the inspector out. The contractor and a few of his men arrived early for the meeting, and were already demolishing the old approach before I even knew they were there.

I considered myself fully prepared to deal with the inspector. I was already quite familiar with the particular code requirements for new driveway approaches in Bungalow Heaven, having discussed them at length with the head of the Cultural Heritage Commission in the early days of the heavy construction phase.

The design of our new driveway approach had to match the appearance of the original. The curb on each side must curve at the same level to meet the sidewalk, the ramp must be divided into roughly-equilateral rectangles, and the surface of the concrete must be washed when still wet to blend in with the weathered appearance of the existing century-old concrete work. This was precisely what we wanted, so I expected no controversy in the matter.

In the event, when the inspector arrived he got right to business, and dictated in no uncertain terms an approach thoroughly modern in appearance. When I brought up, gently, the particular requirements for our nieghborhood, he emphatically disagreed, stating flatly that every new approach in the City must be constructed precisely as he described.

What followed next was the most intense hour of negotiation I have yet endured. Now, we do happen to have a professional negotiator in our household, but I am decidedly not that person. Nevertheless, I had the facts of the matter at hand, and my cause was righteous, so I jumped right in with both feet.

Happily, I kept my righteous anger well in check, and the inspector was a reasonable man, so in the end I got just what I and the Commission wanted. By the time our negotiation was completed, so was the demolition of the old approach, and the meeting ended with cordiality all around. The contractor departed with the promise that he’d get started in a day or two.

Now, you all just know that he didn’t, right? Well, you are correct. I won’t sport with your patience by giving you a blow-by-blow account of the next few months. Let it suffice to say that the contractor was in fact not approved by the City, for the simple reason that he was apparently not certified by the State to do concrete work.

And for all that time, getting in and out of our driveway was something of an expedition. 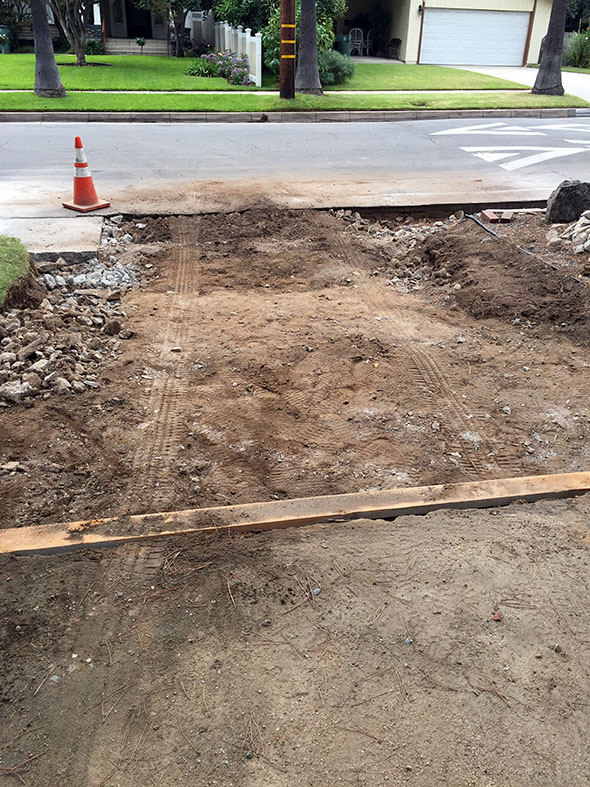 After this photo was taken, I re-graded the approach, taking out the rocks and adding some dirt from our ample supply in the back yard, because the tires on Wifey’s car are expensive.

We did eventually get the work done to our satisfaction: 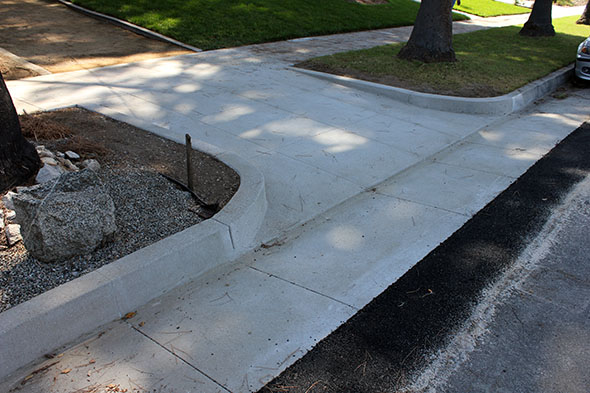 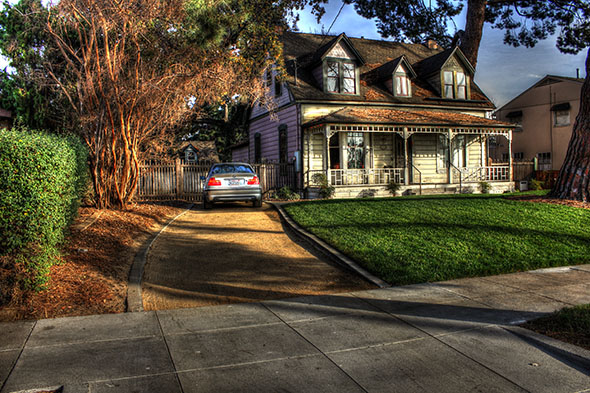 So once again, all’s well that ends well, and it’s now a lot less of an adventure to get in and out of the driveway. 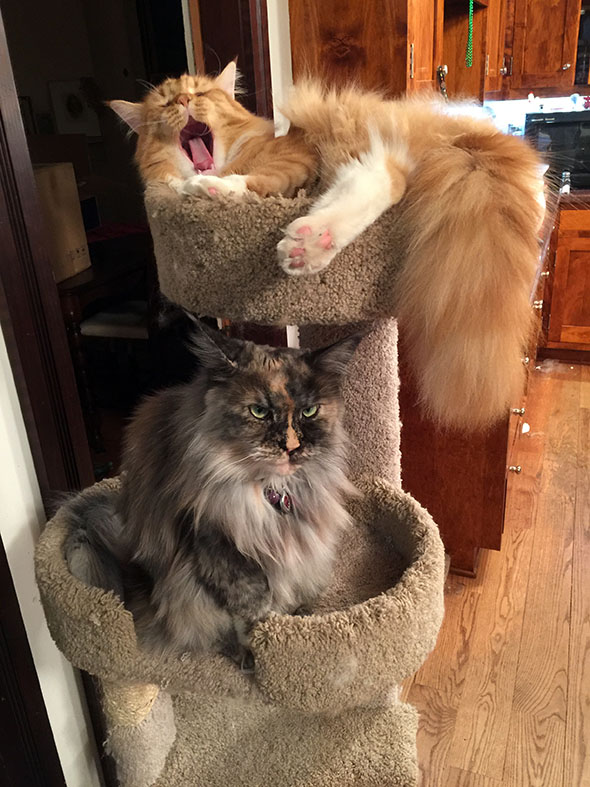 Posted by Otis Criblecoblis at 9:47 AM